What are the Features of Python 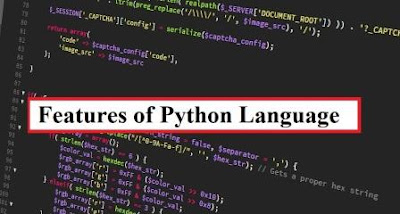 Below are some important features of Python Language:

Programs written in Python language are very short and much easier to read and understand as compared to other programming languages such as C++ and Java.
Moreover, it has a very simple syntax which is easier to learn and understand.

Python is absolutely free and open-source software that can be distributed and used by anyone even for commercial purposes.
We can even make changes to Python’s source code.

Python code can be easily combined with any other programming language such as C++ and Java to increase the performance of the application.

Python programs can be moved from one platform to another independent of the operating system. It can run on any platform including Windows, Linux, Mac Os X.

Python is an interpreted language which means the program is translated line by line and no intermediate code is generated hence it is memory efficient.

Python supports a large number of standard libraries which makes programming easier for the programmer as they only need to import the library instead of writing codes.
For example, in order to connect My SQL database with the web server, we need only to import the MSQLdb library at the beginning of the Python code.

Almost everything in Python is object-oriented therefore it is easy to solve complex programs by dividing the complex problem into smaller sets and creating objects.